Florida among best places to retire 2020

Retirees know that too. And, now that a new study finds four of the five best cities for retirement are in Florida, it looks like our secret is out. 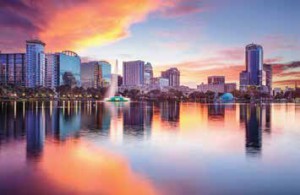 Orlando topped the list, ranking highly for affordability and activities. Tampa, Charleston (South Carolina), Miami and Fort Lauderdale rounded out the top five on the list of best retirement cities.

“Florida is a popular retirement destination,” says Jill Gonzalez, a WalletHub analyst. “Its tax friendliness toward retired people and the lack of an inheritance or estate tax are some of the reasons for that.”

Gonzalez says Florida cities also ranked highly because of the abundance of recreational and cultural activities here, along with the large number of healthcare facilities.

In case you’re wondering what the worst cities to retire in are, Newark, N.J. ranked last, followed by Stockton, Calif. and Bridgeport, Conn.

“There are several things to take into account when choosing a city to retire to,” Gonzalez says. “People should consider the range of available activities, affordability and healthcare, as well as the overall quality of life in each place.”

But for many people already living in Florida, there’s no place like home.