Men of Style to work it for charity Nov. 30

The 12 South Florida men who’ll don the latest fashions and strut the runway Nov. 30 at a fashion show at The Galleria in Fort Lauderdale know this much:

And, making all of this worth the “working it,” they’ll each be benefiting their favorite charities during The Galleria’s South Florida Ford 11th Annual Men of Style, presented by Signature Grand and Orchard Supply Hardware.

“Every year, we have a great group of men, and this year, the charities have outdone themselves again,” says Melissa Milroy, senior marketing manager at The Galleria at Fort Lauderdale. “This event is special and different from other events because it benefits 12 different charities. That’s the highlight of this event — it brings out the best in our city and county because there’s so much need in so many different areas.”

Last year, the Men of Style Shopping Night raised nearly $65,000 for the charities it supports. Milroy hopes to surpass that number this year through the sale of an increased number of VIP tickets.

Diana Diaz, a news anchor at WSVN, returns to host the runway show this year. The event will also include food, the aforementioned cocktail party and live music.

Tickets are priced at $75 for general admission, which includes an open bar and valet parking; or $150 for VIP tickets, which includes a pre-wine reception at Truluck’s, priority seating for the fashion show, private bar access during the event and an after-party at Blue Martini.

All guests will receive The Galleria’s “Passport of Savings,” which contains incentives from select mall retailers and restaurants.

“South Florida Ford is delighted to align with this established event, which showcases local men who are dedicated to helping others and are so passionate about these worthy causes,” says Allan Young, chairman of South Florida Ford.

The event begins at 6 p.m. Nov. 30 at The Galleria, 2414 E. Sunrise Blvd., Fort Lauderdale. Tickets can be purchased at galleriamall-fl.com/men-of-style, and you can designate which charity you’d like to support. For information, call 954-564-1036 or visit galleriamall-fl.com. 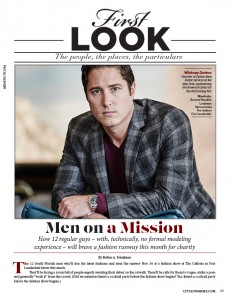 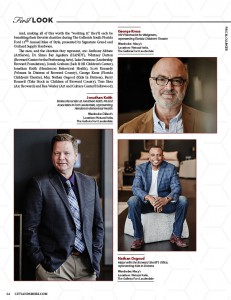 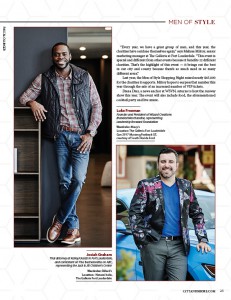 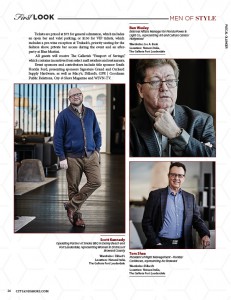 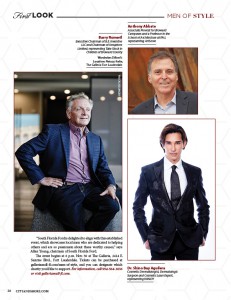