While the world has been focused lately on the coronavirus disease COVID-19, medical science has continued to create amazing procedures and techniques that cure other diseases and enhance well-being. Here are a few medical wonders that help doctors heal. 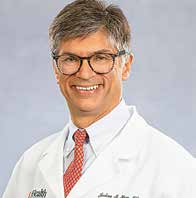 A heart attack causes permanent injury to the heart muscle when cells die and form scar tissue. “The scar tissue disrupts the electrical system of the heart and the person becomes susceptible to sudden cardiac death or congestive heart failure,” he says.

But when stem cells – taken from a patient’s bone marrow and heart muscle itself – were injected into the heart, something amazing happened, he says. The cells released enzymes that melted away scar tissue, reducing it by 30 to 50 percent.

“When scar tissue forms, that region of the heart can’t beat and the heart dilates and gets bigger to compensate,” he says. “It gets to be round like a basketball, and doesn’t beat efficiently.” With the injection of stem cells, the heart remodels itself and reverts to its normal football shape. “It’s not a 100 percent cure, but even a little improvement is good,” he says. “And we know unequivocally that these treatments are extremely safe.”

A new trial that may start later this year in which stem cells are injected at six-month intervals may cause hearts to keep improving. “We want to see if we can continue the process,” he says.

Will we someday be able to grow new hearts using stem cells? “Yes,” Dr. Hare says. “For sure.” 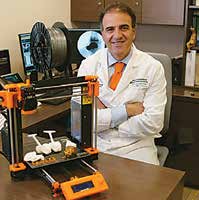 Dr. San Giovanni recently performed a total ankle replacement with a 3D-printed talus, one of three bones comprising the ankle joint. The procedure creates a customized implant that allows a more precise initial placement, he says.

The process begins with CT scans of the patient’s ankles. The scan of the unaffected side shows the dimensions of the patient’s normal bone. Dr. San Giovanni then creates a precise 3D-printed computer assisted design modeled on the scan. It’s then fine-tuned to simulate force and load distribution on the ankle. A plastic trial model can be printed in the lab and the final 3D implant – made of titanium or titanium with a nitrite coating – is created from that. Operating and recovery times are shorter than with traditional implants, he says.

A problem with traditional ankle implants is that if the joint fails later, or if bone loss causes it to loosen, a gap is created. With 3D printing, the doctor can do a revision with a new, customized implant to replace the entire bone.

“We’re going into an era of surgical innovation that’s revolutionary,” Dr. San Giovanni says. “3D printing allows us to print almost anything, but we must make sure it makes sense, functions well, and most of all is safe and effective.” 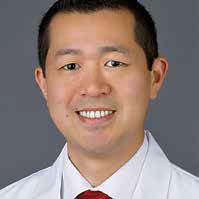 The Viewray MRIdian LINAC system is a hybrid of an MRI scanner and a Linac delivery machine. It provides continuous magnetic resonance imaging scans throughout a treatment session, allowing higher doses to be safely delivered to the target area, he says. Treatment times may be reduced from weeks or months to a few days.

“Radiation is conventionally delivered to a tumor with a surrounding margin,” Dr. Chuong says. “Because we can continuously visualize the tumor through treatment, that margin can effectively be nearly 50 percent smaller, enabling delivery of high tumor dose while reducing normal tissue dose.”

The technique is especially useful for treating tumors that move, such as those in the lung, liver and pancreas, as well as stomach and intestines, which move as food is digested. “We haven’t been able to account for those changes before,” he says.

Even more amazing: “The new system can be programmed to deliver radiation only when the tumor is in the correct position,” he says. “We’re seeing extremely good outcomes in terms of being able to eradicate tumors without serious side effects.” 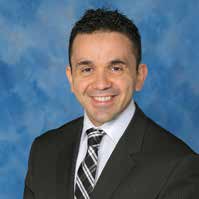 Stephanie Padilla of Delray Beach began having epileptic seizures when she was eight. As she grew older, the seizures became worse and more frequent. Eventually, she was taking three medications but was still having debilitating seizures daily. Now, thanks to new robotic-assisted brain surgery at Memorial Regional Hospital in Hollywood, she has been seizure-free for months. She takes only one medication and hopes eventually to stop that one, too.

Using ROSA and a 3D reconstruction of the patient’s brain to guide them, doctors need only make small, precise incisions – of two or three millimeters – in the scalp and skull to place electrodes in the brain to map where the seizures are triggered. “It provides large samples of brain tissue instead of the formerly small area without exposing the brain, and we can access deep structures that we couldn’t with traditional surgery,” Dr. Zakaria says.

When brain tissue at the seizure source cannot be safely removed, there are different options. One is to implant a responsive neurostimulation (RNS) device that triggers brain stimulation in much the same way a pacemaker acts on the heart, he says. “It sends a jolt of electricity to the brain whenever there are early signs of a seizure, bringing activity back to normal.” 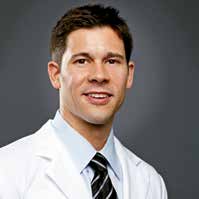 A severely injured and disfigured nose can be devastating to a patient and difficult to reconstruct. Dr. Joshua Lampert, a Board Certified aesthetic and reconstructive plastic surgeon in Miami, uses a multi-step procedure to recreate the missing tip of a damaged nose.

The procedure is as much artistry as surgery. Unlike other parts of the body – like an arm or cheek – the nose tip has no extra skin. “You can’t close a sizeable defect without bringing tissue from another area,” Dr. Lampert says. The skin nearest to the quality of skin on the nose, he adds, is on the forehead.

Dr. Lampert first creates a template based on the undamaged side of the nose to match the missing portion. He then makes an incision to harvest the skin, muscle and fat from the forehead. “You need tissue you can form like a sculpture,” he says.

The first surgery is a 180-degree flip or rotation down to the nose. The geometric shape of the missing tissue is left attached to a “tube bridge” that works like an extension cord, supplying it with blood. After a month, the flap is lifted and the nasal tip shaped to the desired appearance. After that, there’s another month of waiting for the new tissue’s blood supply to grow into the nose. Once that happens, the tube bridge is severed and flipped back up toward the eyebrow to help improve the forehead scar. The time required is a good investment, Dr. Lampert says. “The long-term benefit is well worth it.” 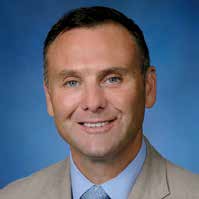 Replacing an aortic valve so the heart can do its job efficiently used to require cutting open the chest and temporarily stopping the heart. Then a minimally invasive procedure – transcatheter aortic valve replacement (TAVR) – was developed, but was available only to very high-risk patients who weren’t candidates for open heart surgery. Now, even low-risk patients may be eligible for the treatment, says Dr. Allan Stewart, of HCA East Florida’s Miami Dade Hospitals.

The valve, located between the heart and the aorta, regulates blood flow from the heart. “It opens and closes a few trillion times by the time a person is in their 70s,” he says. “Like any moving part, it wears out from use. It gets stuck, and the heart has to work harder to open and close it.” Symptoms, which may begin as simply having less energy, often develop slowly.

With TAVR, the doctor uses a needle to insert a wire into a vessel in the groin. The wire carries a new valve crimped around a balloon that is guided into the old aortic valve. The balloon is inflated with saline, expanding the valve to its normal shape and size. The saline is then retracted, leaving the new valve in place. The patient can usually leave the hospital after 24 to 36 hours. “The procedure can be done very safely,” Dr. Stewart says. “Then you can go back to a robust life.” 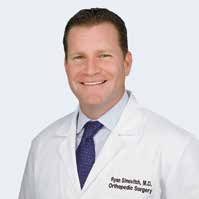 Chronic shoulder pain can make life unpleasant and less active. A stemless shoulder replacement may be a solution, says Dr. Ryan Simovitch, of the Hospital for Special Surgery Florida in West Palm Beach.

In a standard total shoulder replacement, the worn-out ball of the arm bone is cut off and the bone below is hollowed out to hold a 12- to 13-centimer metal stem, which anchors a metal ball replacement. With a stemless replacement, the bone does not need to be hollowed out and is left intact. Instead of a metal stem to insert, a three-dimensional titanium cage – packed with soft bone from the patient’s own arm-bone ball, which would otherwise be discarded – is impacted just two to three centimeters into the cut surface. The open cage encourages bone to grow onto and through the surface, creating stability and strength. Recovery time is quicker and patients have less stiffness and pain, Dr. Simovitch says. The stemless implant preserves more bone, making it easier to do a second replacement if one is needed someday. 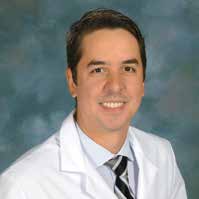 For decades, patients with mitral valve regurgitation – or a leaky valve – required open-heart surgery. Now, a clip inserted through the groin can repair the valve in many patients, says Dr. Felipe Albuquerque, of Holy Cross Hospital in Fort Lauderdale.

The mitral valve, located between the left atrium and left ventricle, has two flaps that open and close as the heart beats. A primary leak occurs when a damaged valve fails to close properly. A secondary leak happens when the heart becomes enlarged and dilates, causing the valve to dilate and push the flaps away from each other. A leaky valve can cause severe shortness of breath, fatigue and congestion in the lungs and legs, Dr. Albuquerque says.

To repair the valve, the doctor makes a small puncture in the groin and delivers the clip to the heart with a catheter. The clip is attached to both flaps of the valve, connecting them so they close properly again. The patient goes home the following day and can resume normal activities a few days later. “It’s a major game changer,” Dr. Albuquerque says.

The procedure formerly was used only for high-risk patients with primary leaks who were not candidates for surgery. The treatment has expanded recently to include secondary leaks, and trials are underway to determine if the procedure is appropriate for moderate-risk patients, he says. 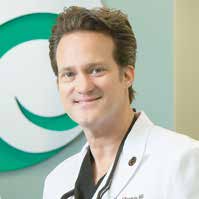 Thinning hair is no fun. Dr. Alan J. Bauman performs a “lunchtime procedure” — so called because it takes about an hour in the office, with no recovery or downtime cosmetically — at Bauman Medical Center in Boca Raton to stimulate hair regrowth. The trademarked procedure PDOgro uses polydioxanone, a surgical suture material that is slowly absorbed by the body. As it dissolves – in addition to triggering release of growth factors that rejuvenate weakened hair follicles, Dr. Bauman says – it also stimulates collagen production and elastin, a protein present in connective tissue, and activates fibroblasts, cells in connective tissue that produce collagen. Different areas of the scalp may respond differently; the more follicles that are present, the better the results.

Dr. Bauman first harvests platelet-rich plasma by drawing blood from the patient and spinning it in a centrifuge to separate and concentrate the platelets. The PRP is then put into the scalp, which has been numbed with local anesthetic. Next, using thin needles, he implants dozens of polydioxanone threads. “It’s like fertilizer in a garden,” Dr. Bauman says.

Hair regrowth is measurable within 90 days, he says. It does not, however, work in areas where the patient is completely bald, indicating that follicles are dead.

PHOTOS: All courtesy of the doctors