This year’s 16th annual Men of Style event, a charity fashion fundraiser on Dec. 1 benefiting 12 local non-profit organizations, will feature a live runway show of influential men who have a positive effect on the community. 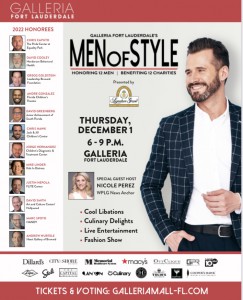 Tickets to the live event often sell out minutes after going on sale, but those wanting to show their support can also cast online votes with a donation, with proceeds benefiting the 12 participating charities. Last year’s event raised over $200,000, surpassing the then-record $95,000 set in 2019 just before the pandemic.