Jeff Friday answers all of our questions

It was 25 years ago that advertising exec Jeff Friday left his first Sundance Film Festival dismayed by the dearth of Black people and Black content he saw there. He decided to do something about it.

Friday took a leap of faith. He left his job as film division president of a large ad agency, and in 1997 founded what is today recognized as the leading festival of its kind in the world and a cornerstone of diversity in Hollywood — the American Black Film Festival. The festival will celebrate its 26th anniversary with a flurry of live events in Miami Beach from June 15-19 and, in its first hybrid iteration, follow it up with virtual events on ABFF Play from June 20-30.

Issa Rae, star of the HBO series Insecure, is this year’s festival ambassador. Her highly anticipated television series Rap Sh*t, which she created for HBO Max, will be part of the Saturday night lineup. Rae joins a list of former ambassadors that have included Regina Hall, Mary J. Blige, Idris Elba and Common.

Opening with the documentary “Civil,” an intimate vérité look at the life of trail-blazing civil rights attorney Ben Crump, the features program includes narrative competitions, world premieres and first-time directors representing a diverse group of independent filmmakers from around the globe.

Working with his wife, Nicole, the festival’s president and general manager, CEO Friday expanded his entrepreneurial reach in 2019 with Jeff Friday Media, a Los Angeles-based entertainment company that produces film, TV and digital content as well as events focused on Black and Brown culture. Among them is the acclaimed feature doc Yusuf Hawkins: Storm Over Brooklyn, which Friday executive produced and which airs on HBO Max.

Friday, who lives in LA with his wife and two children, squeezed in a very brief intermission from producing the festival to respond to our Quote Unquote questions.

Diversity of the people and culture.

What do you do when you’re stuck in a traffic jam on the interstate?

What are your social media user names?

Who is your real-life hero?

What places in South Florida do you make a point to visit when you’re in town?

Marrying my wife, fathering my children and running the American Black Film Festival. 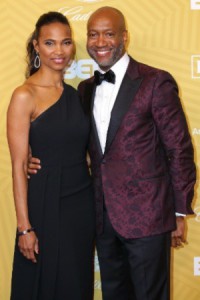