Featuring biceps, buns and barely-there swimwear, Baywatch is a bonanza of sun-bronzed bods having fun. The action-comedy, based on TV’s long-running series, helped open the summer-movie season last month. The original series was set in Malibu, but much of the R-rated film, starring Dwayne “The Rock” Johnson and Zac Efron as lifeguards, was filmed on location in Broward, Dade and Palm Beach counties.

Though the pace has slowed lately, South Florida-made movies, or those partially filmed here, have totaled dozens over the past 60 or so years. Here’s our Top 10 picks, in alphabetical order: 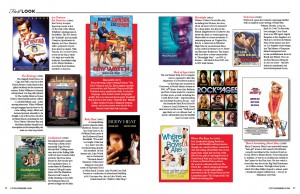