Favorite images from our first 20 years

By Greg Carannante and Anderson Greene

Images are the magic of magazines.

Sure, stories drive the world of print, but you can read them anywhere. A magazine, though, with its glossy pages and production values — that’s where images shine.

City & Shore has certainly had its share of dynamic images, and for our 20th anniversary we share 20 of them — 10 personal favorites each from the two staffers who’ve been mostly responsible for making the magazine a visual experience: Greg Carannante, the magazine’s art directors/designer for its first eight years, and Anderson Greene, who’s held the position since. 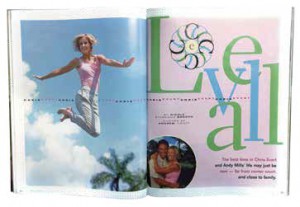 Perhaps the coup of my art-directing career was prodding America’s tennis queen up onto her backyard trampoline for a sequence of gymnastic midair portraits by photographer Andrew Itkoff that were the coolest celebrity shots of the magazine’s early years. 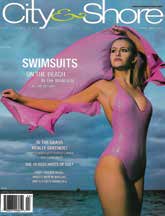 Swimsuit fashion stories have been among City & Shore’s most stunning photographic spreads, beginning with our first two, shot by Sun Sentinel photographer Robert Duyos. His artful image on our April-May 2001 cover won it the Best Cover award from the Florida Magazine Association. Not too shabby for a second issue.

The celebrated pop artist was our most high-profile collaborator for the cover of our 5th Anniversary Issue, which also introduced a sophisticated new look and a daring redesign of the magazine logo. 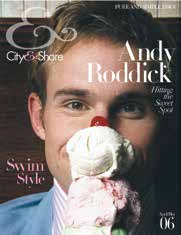 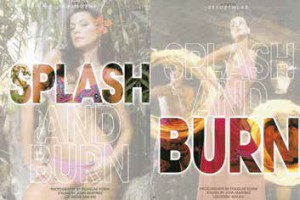 A swimsuit shoot at the landmark Mai-Kai Restaurant and Polynesian Show made for dynamic photos by Douglas Voisin and stylist John Martinez — as well as a couple of flashy, symmetrical spreads. 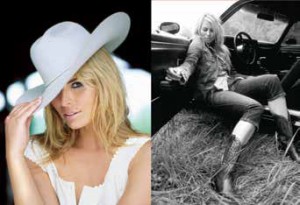 Dressing With the Dolphins - August-September 2002 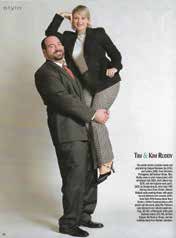 Pro football centers are not known for their fashion sensibilities. Which is one reason that Kevin Justice’s photo of Tim Ruddy was such a fun shot from our fashion spread with Miami Dolphins couples posing as models. The other reason, of course, being the way the center hiked up his wife, Kim. 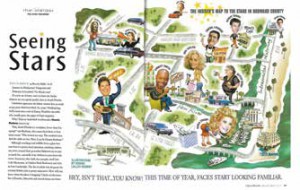 Illustrations held a prominent place in our early issues, such as this comical marriage of celebrity headshots with cartoon drawings in our very first. Illustrator Bonnie Lallky-Seibert’s innovative photo illustrations were so well-received that they were repeatedly reprised on the magazine’s special advertising pages. 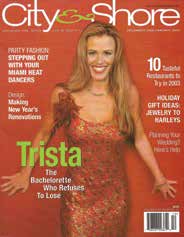 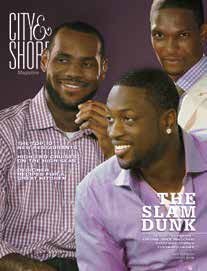 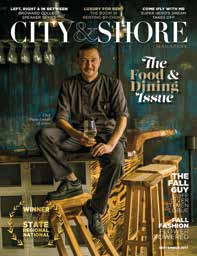 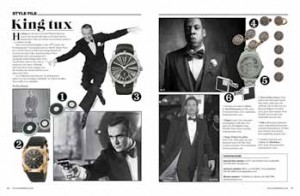 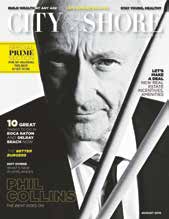 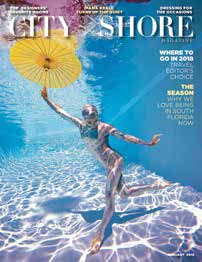 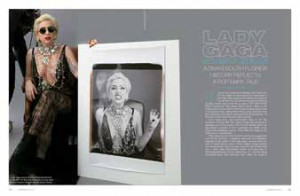 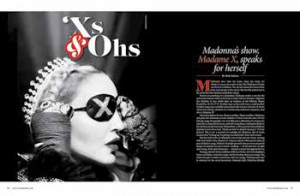 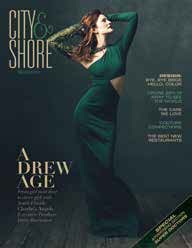