Does the wine glass really make the wine?

I will not drink just any wine, but I have drunk wine from almost any vessel.

Water tumblers. Beer mugs. The odd slipper. (Long story). Pour good wine into almost anything – except plastic, I draw the line at plastic! (long story) – and I’ll drink it.

That is until Maximilian Riedel ruined drinking wine for me from anything other than “varietal specific” stemware. “Whoever knows wine and loves wine obviously wants to unlock the wine at its best,” Riedel said over three varietals recently at The Fontainebleau in Miami Beach. “And I believe the glass is the key to flavor.”

He would say that, of course. (And not just because we were on our third glass.) Maximilian is the 11th-generation head of Riedel Crystal, makers of fine glassware in Austria since 1756. 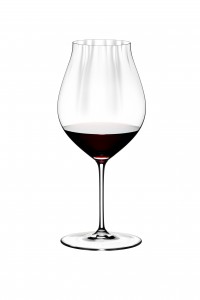 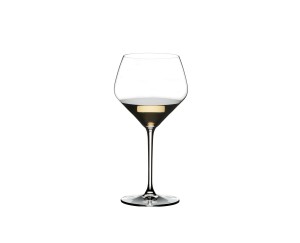 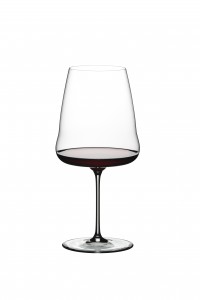 I can also confirm all three wines tasted bad in the plastic cup. (But you probably knew that was coming.)

“What we’re experiencing now is not really logical,’’ he conceded, smiling. But tasting was believing – he ruined the idea a good wine will taste as good in a tumbler, a mug or the odd slipper.

Later, perplexed by what I’d experienced that day, I asked Peg San Felippo, who has judged wine contests and writes our Quick Sips column, if I’d somehow fallen under Maximilian’s spell – or at least his powerful suggestion.

“Oh, this has been a topic among wine professionals forever,” she said. “It’s kind of like going to a winery and loving the experience and the wine until the wine arrives at your house and you don’t like it much at all.”

But, yes, there is something to the shape of the glass you drink wine from, she confirmed.

“Shape can enhance the aroma for sure, which is why red wines are normally served in a bowl shape with a wider rim opening to give it more room to open up,” she said. “White wines, which for the most part are meant to drink young, don’t normally need a lot of air to open up and sometimes too much air gives them muted characteristics.”

There’d been nothing muted about the wines we tried in their designated stemware that day – they’d all been good. So good I wondered, what would have happened if we’d poured a bad wine? Could his varietal stemware work magic and turn it into a good wine?

“No, we’re not responsible for miracles,” he laughed. “But we can get always the best, the most, of the wine.”